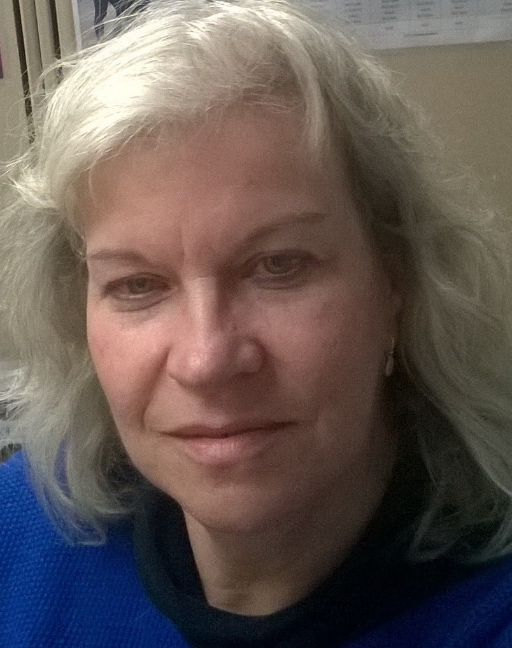 Maryfaith Goessling is the owner and operator of Energies from Source Healing Center.

Ms. Goessling has studied a wide variety of modalities, including Marconic 'No Touch' Healing, Savior’s Fire, Reiki, Rising Star Healing System, Transformational Breathwork, Pranic Healing and Dowsing. She is the originator of the Soul Level Dowsing Healing System.  Ms. Goessling has been intuitive all her life but her psychic abilities became much more enhanced over the years as a result of her studies and instruction from the many respected teachers she has had the privilege to study with. These instructors include Alison David Bird of Marconics, Caron B. Goode of The International Breath Institute, Master Choa Kok Sui of The Institute of Inner Studies, and Harold McCoy of The American Society of Dowsers, Phyllis Brooks and John Armitage of the School of Esoteric Sciences.

Ms. Goessling is also a long time member of the American Society of Dowsers. In addition to her energy healing training and experience, she is a Director II certified from the MA. Department of Early Care and Education with over 25 years of experience educating children ages 2-12.

Ms. Goessling has operated her energy healing practice in Jamaica Plain, MA since 2006. When Maryfaith is not sparking creativity in children or finding resources for their families; she is networking with other holistic practitioners in the Boston area. She also enjoys juggling, long-distance Frisbee and singing.

When I became acquainted with Maryfaith, I learned that, along with her career as an early childhood educator, she is also a practicing energy healer and psychic. Her journey expresses a part of the spectrum of experience and belief of that we don’t often hear about at Theodore Parker Church . Here are a few highlights from the stories she shared with me about her life.

Maryfaith grew up in rural New Jersey , the sixth of nine children, and one of a large gaggle of neighborhood children who spent most of their time playing on the acres of land around them. She grew to love the local woods and wild places and their flora and fauna, and became interested in edible wild plants and herbs. Attending college in Lynchburg , Va. , she became friends with an avid hiker and naturalist who "knew the Blue Ridge Mountains like the back of his hand."

At age 24, with a degree in elementary education, Maryfaith moved to Boston . While living in an old house in Brighton , she experienced a series of strange occurrences that first raised questions about the paranormal. More experiences would follow, many of them troubling.

Gradually suspecting that it was her own intuitive perception that made her susceptible to these experiences, she was anxious about her emerging capabilities. She began to keep a journal to better understand what was happening, and to investigate the I Ching, divination, and tarot cards. In her twenties, she vacillated between resisting and exploring her intuitive abilities.

Maryfaith moved to Minneapolis , where her youngest brother was living. A doctor who specialized in treating dyslexia told her frankly, "Your real problem is that you’re psychic." Maryfaith recounted: "She told me that life is like a three-bean salad; normal people get the first layer, intuitives get the first two, but psychics get all three. I was picking up on everyone’s feelings. I was too vulnerable, and I needed to learn to manage it."

She found the Lake Harriet Community Church , which offered classes in meditation, metaphysical subjects, and healing, and also continued her studies in herbalism. As she grew to understand and hone her psychic ability and learn from others on a similar path, she also began to feel more at home in the world.

I asked Maryfaith how she had reconciled her early Catholic schooling with these later experiences. She said her parents had always told her, "We’ll love you no matter what"—which they demonstrated, even when forced to deal with something they didn’t understand. "I never thought of God as forbidding," she added. "I spent so much time in nature and believed that nature was a part of God. I thought of Jesus as a big farmer with manure on his boots, willing to put his arms around you and help you."

Working at an elementary School in Minneapolis , she often heard one of the parents say to her daughter, "You don’t have to be perfect. Just be the best you can be. No one gets it right all the time, not even grownups." She began to say this to the children, and saw how they visibly relaxed. "Just try to be the best you can be" became one of two guiding rules for her in education and life, the other being, "Don’t hurt anyone or anything."

I asked her how, given her work as a healer and clairvoyant, she made sense of the nature of life.

"Everything has an energy," she replied, "and it’s moving, even though you can’t see it moving. It really is love that moves the world.” A person’s energy field expands greatly when he or she focuses on love, she said, adding, “Thoughts are things. Our thoughts create our reality."

A few months traveling in Australia, staying in hostels and meeting other travelers from many countries, gave her the hopeful sense of being connected to an international community of kindred spirits all striving to bring creative light into the world. She has since settled in Jamaica Plain and has continued working in elementary education. She began attending TPC in the fall of 2004.

I asked her how Theodore Parker Church fits into her spiritual journey.

She acknowledged that it took a while to feel comfortable. Folks were not always receptive when she mentioned her work as a psychic and healer. But she persisted, took a more active approach, and gradually began to get connected—including serving as co-chair of the recent TPC yard sale.

"I’m happy to have met all of these people,” she said. “I like the energy that’s in the church. I like the meditative, Quaker-like space I get into when I see those windows. And I like the energy in the classrooms. I think that the creative work that the kids are doing can have a greater influence on the community if we invite that."